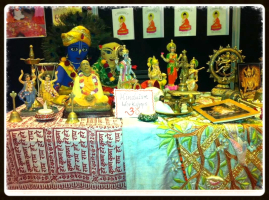 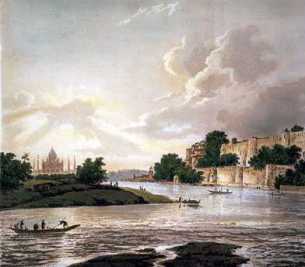 The term 'Hindu' was derived from the river or river complex of northwest India, the Sindhu. Sindhu is a Sanskrit word which was used by the inhabitants of the region who were known as Aryans meaning 'people who understood the higher values of life'. Later, migrants and invaders, the Greeks from the 4th century BCE, and the Mughals from the 8th century CE, used the name of this river in their own languages for the land and its people.

The word 'Hindu' itself does not go back before the 15th and 16th centuries when it was used by people to differentiate themselves from followers of other traditions, especially the Muslemen or Muslim (Yavannas) in Kashmir and Bengal.

At that time the term may have simply indicated groups united by certain cultural practices such as cremation of the dead and styles of cuisine. The 'ism' was added to 'Hindu' only in the 19th century in the context of British colonialism and missionary activity of Indologists such as Lord Macaulay, Sir Henry Norman and Lord Palmerston.

The origins of the term 'Hindu' are thus cultural, political and geographical. Now the term is widely accepted although any definition is subject to much debate.  In some ways it is true to say that present day Hinduism is a religion of recent origin, yet its roots and formation go back thousands of years.

A way of life 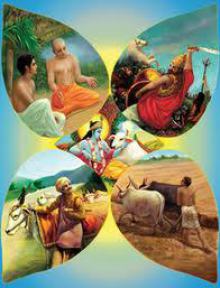 Hinduism has often been termed "a way of life" and in India spirituality is evident wherever one turns. Even the predominant social structure – often considered a mundane concern – is derived from religious sources. The Rig Veda enjoins that human society be divided into four varnas  (see The Four Varnas). The revealed nature of "Veda" suggests that the varna system is therefore not man-made but of divine origin. Some traditions therefore conclude that the four varnas are natural divisions, inherent in every human society, and that each varna accommodates the corresponding type of person.

Krishna teaches in the Bhagavad Gita that people are allocated to a specific varna according to two criteria, namely: (1) guna (personal qualities) and (2) karma (aptitude for a type of work). He makes no mention of varna being determined by birth.

This differentiates the original-dharma from the current caste system. The term "caste" originates from the Portuguese term casta, denoting purity of descent. It has come to refer not just to the four varnas, but to a whole system incorporating occupational sub-castes (jatis).

In fact, current caste practices often give far more emphasis to jati than to varna. What really differentiates caste from varnashrama-dharma though, is its hereditary nature – possibly due to the imposition by brahmanas attempting to consolidate their prestigious position. This fault has been clearly documented in the pages of the Shrimad Bhagavatam in connection to the cursing of a saintly king Maharaja Pariksit by the brahmana boy Shringi and the consequences of his mistake.

Hinduism is the religion of people in India and Nepal.  It also exists among significant populations outside the subcontinent and has nearly one billion adherents worldwide.  It is the world's oldest and the third largest religion and is still growing in India and abroad.  Unlike most other religions, Hinduism has no single scripture and no community agreed set of teachings.  The largest Hindu Temple in UK lies 12 mile North of London in a rural community in Hertfordshire.  For school visits to an ideal rural based Hindu Temple please click here:

Some Hindus define orthodoxy as compliance with the teachings of the Vedic Texts (the four Vedas and their supplements).  However, still others identify their tradition with 'Sanatan Dharma', the eternal order of conduct that transcends any specific body of sacred literature.   Scholars sometimes draw attention to the caste system as a defining feature, but many Hindus view such practices as merely a social phenomenon or an aberration of their iriginal teachings. Nor can er define Hinduism according to belief in concepts such as Karma (action) and Samsara (result of action or reincarnation) because Jains, Sikhs and Buddhists (in a qualified form) accept this teaching too.

Some claim that one is 'born a Hindu', but there are now many Hindus of non-Indian descent. Others claim that its core feature is belief in an Impersonal Supreme Being, but important strands have long described and workshiped a personal God.  Outsiders often critisize Hindus as being polytheistic, but many adherents claim to be monotheists.

Although is is not easy to define Hinduism, we can say that it is rooted in India, most Hindus read a body of texts of sacred scripture known as the Vedas and draw on a common system of values known as Sanatan Dharma.

Hinduism is more or less a conglomoration of many types of faiths that can be categorised into three main divisions:

1. Worshippers of the demigods and goddesses who are higher beings empowered by God to control material nature.

2. Worshippers of the impersonal brahman who study Vedanta philosophy to the extent of reducing everything to a singular original energy force.

3.  Worshippers of the one original God through the process of Pancharatrika Vidhi or devotional service as outlined in the Bhakti Shastras such as the Shrimad Bhagavatam. 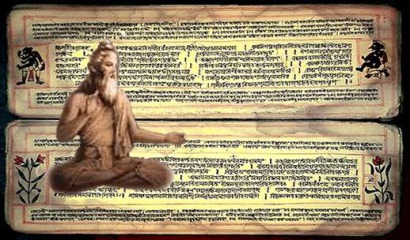 About the Sanskrit language